Honda Performance Development (HPD), is announcing the availability of the 2022 HPD Civic Si FE1 race car. Beginning in November of 2022, the latest HPD Civic Si will be available for delivery to customers. The complete, ready-to-race car is priced at $55,000 plus tax (FOB Marysville, OH) and includes an installed roll cage; a full range of HPD-developed and homologated parts including the engine, suspension, exhaust, fuel cell, and Motec electronics packages.

All cars will be assembled at the Performance Manufacturing Center (PMC) in Marysville, OH where the Acura NSX and PMC Edition Acura production vehicles are built. This state-of-the-art facility employs groundbreaking technologies in weld, body construction, body painting, final assembly, and quality confirmation to ensure the highest levels of precision and craftsmanship. 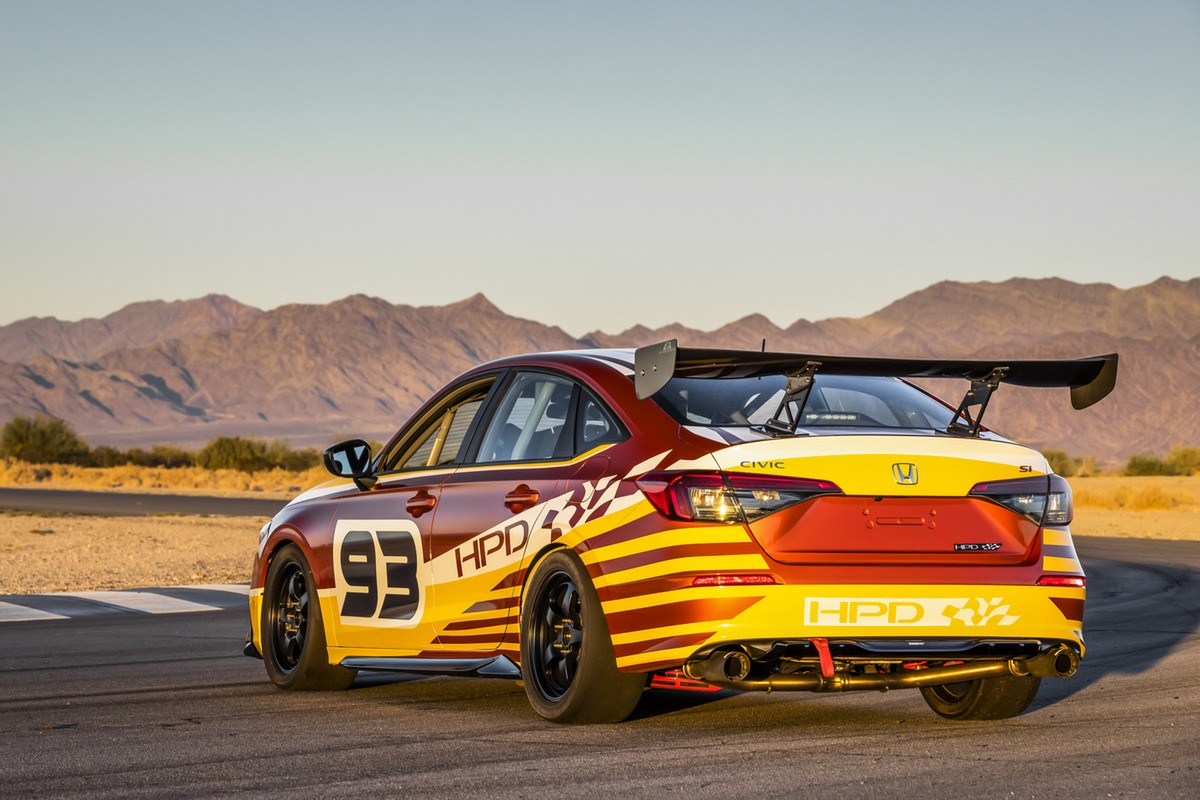 Pre-orders can now be taken with a deposit of $25,000 with the balance due upon completion of the car. You can place your order through HPD Customer Service by phone: (661) 702-7777 or email grmsadmin@na.honda.com.

"We at HPD are proud to be able to develop the Civic Si FE1 in house and make it available for sale", said John Whiteman, HPD Commercial Manager. "The new Civic demonstrates the industry standard in production-based racing. FE1 builds on the unequaled success of the 10th generation Civic Si race car and utilizes the design gains of the 11th generation Honda Civic road car. Owners of the new Civic will know that they have a race car designed and tested by HPD engineers, built from the ground up at the state-of-the-art Performance Manufacturing Center and supported by HPD's world class team, said Whiteman. To be able to add usability upgrades to the car while keeping the affordable fun concept was crucial to the development of the FE1 Civic Si and this new car hits the bullseye."